Music is an essential part of Christian worship. It serves as an effective means of communication between God and people. On the one hand, it can communicate God’s love, grace, etc., to people and, on the other hand, it can also express human response. Music can proclaim God’s mighty, loving acts for humanity. It includes God’s call to people to respond in faith and in discipleship. Music also has a pastoral care function as it can serve as healer of human spirit. The texts of all Christian music emphasize Church’s unity. Hence, music is helpful in building community/fellowship. We are privileged to have a good choir at St.Stephen’s enabling us to experience music together, strengthening the bond of love between congregation members.

The St. Stephen’s Choir from the 1970s through to the 21st century
The St. Stephen’s choir went through a period in the 1970s and 1980s where it barely existed. Sunday services would see just two or three members in the choir pews. Accompaniment was by a pedal-driven harmonica. There was also a piano in church, but it was seldom used. However, the St. Stephen’s congregation carried on the church’s strong tradition of having an extensively sung liturgy during the church service. Hymns were also sung with gusto despite the almost non-existence of a formal choir. Even today, no matter what the choir turnout, the singing is indeed a joyful noise to the Lord. 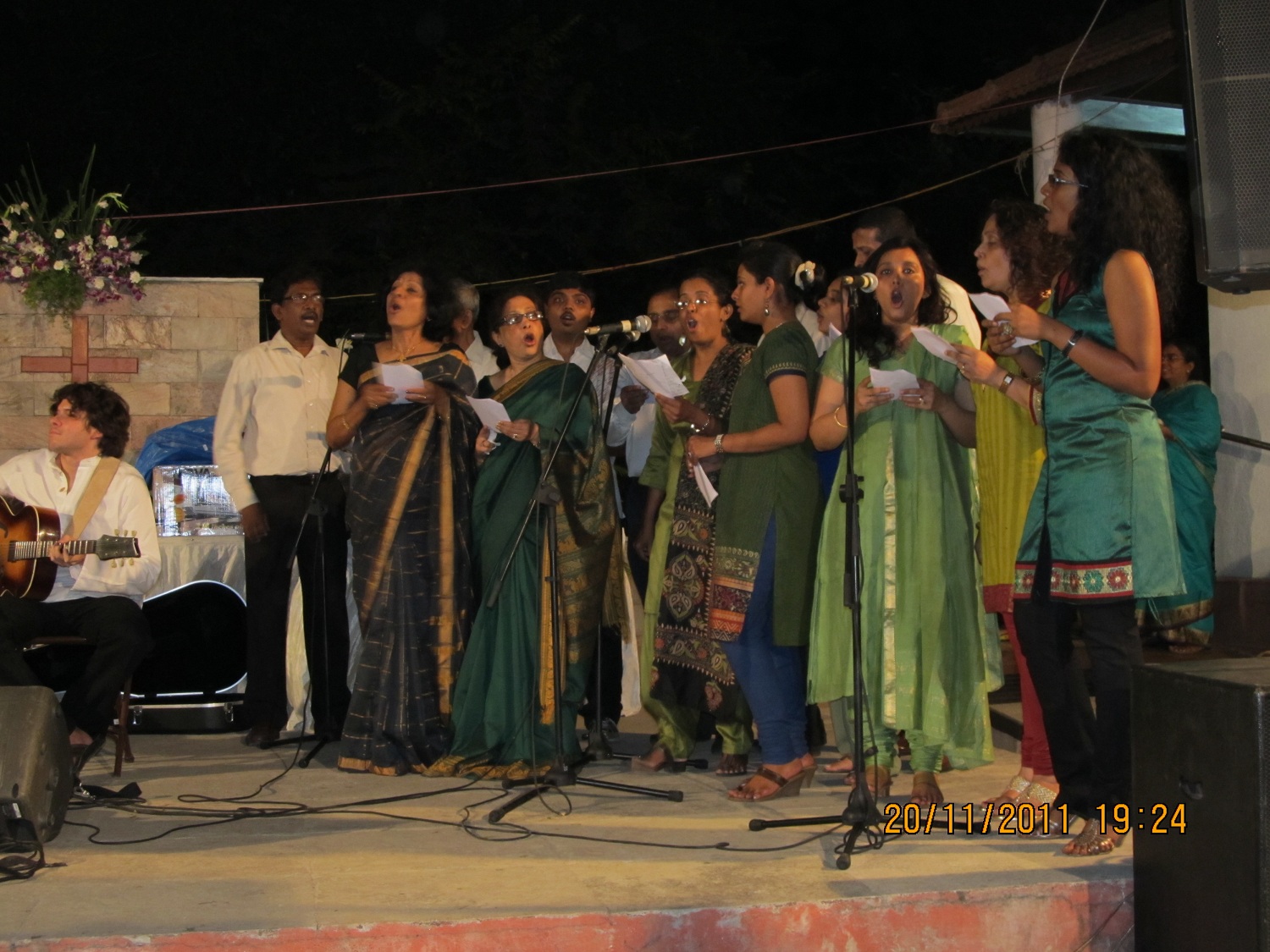 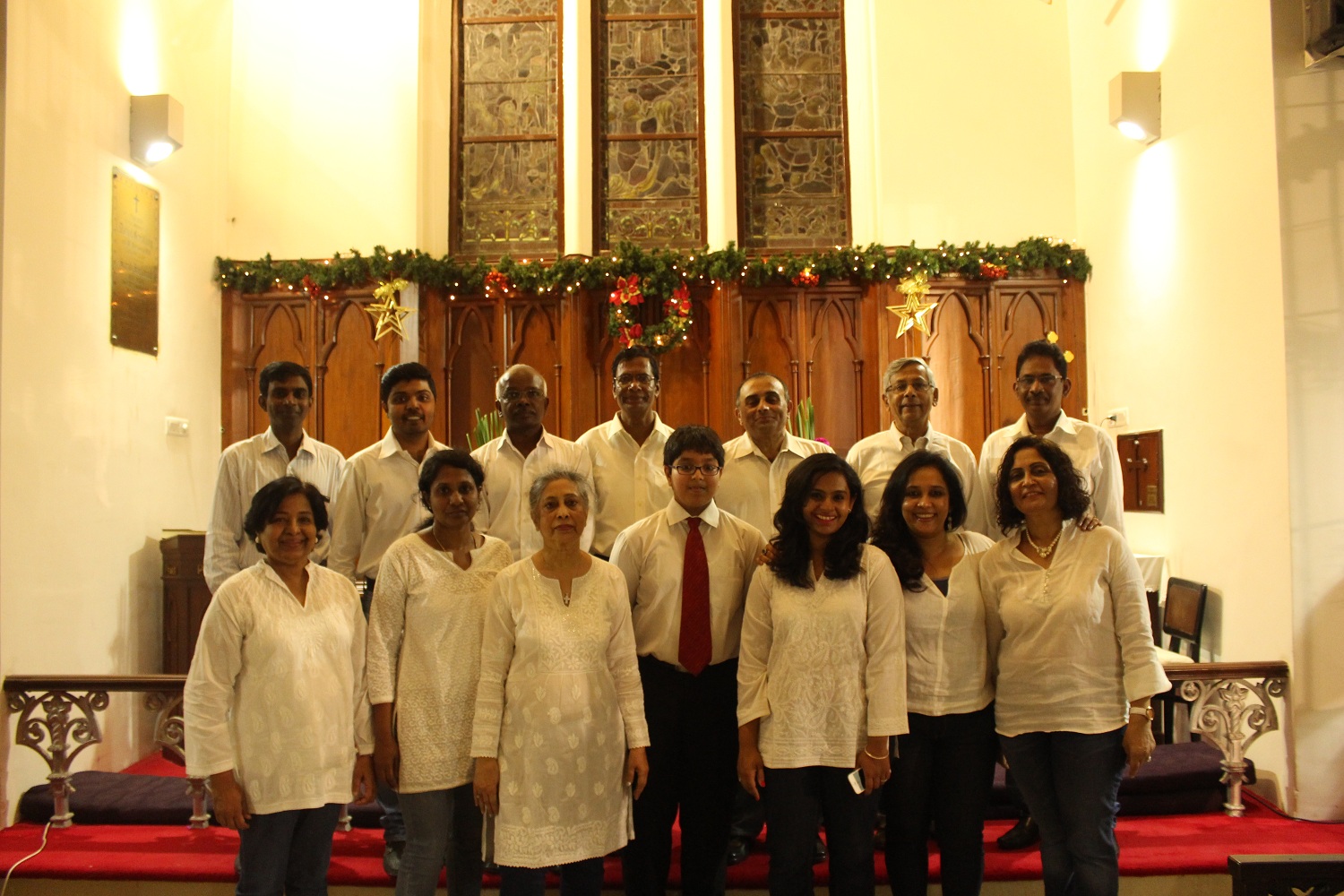 In the 1990s, with the influx of a lot of musical talent, the St. Stephen’s choir suddenly grew to being something more than just an integral part of the Sunday service. The choir was now good enough to give concerts and it did so for a variety of causes. It gave a concert at a hall in Bandra to raise money for the church itself. It gave special Christmas concerts in other parishes like the Afghan Church in Colaba.
Accompaniment was now by electric organ and the overall sound quality was excellent. The well-known Indian church organist Handel Manuel once gave an organ concert during a service instead of a sermon by the priest. The choir became a grand feature of St. Stephen’s Church. A while later, with younger talent impelling it, the choir took a major step away from the music it had traditionally sung — mostly European compositions from previous centuries — to a more contemporary music. Driven by the enthusiasm and energy of Joseph Silvanus, a young choir member, it gave an excellent concert of Don Moen’s God with us conducted by Capt.Anchees. The concert was recorded on video and copies were sold to parish members.

That concert marked a turning point in the musical tradition of St. Stephen’s. Increasingly, on special occasions there was more contemporary music. There were requests from other parishes and even the Catholic church, for recordings of Christmas music that could be sold to the local Christian community. When Joseph Silvanus left Mumbai due to his work, the choir, now suddenly bereft of musical leadership, engaged the professional services of Andrew Simoes, a trained musician from the nearby St. Andrews Catholic church. The involvement of a professional had the effect of lifting the standard of music in St. Stephen’s church and once again, the choir was in demand for Christmas concerts and performances at other parishes.

After a few years, however, there was a growing view that the St. Stephen’s choir was getting too much into “performance mode” and drifting away from its core function of being an integral part of the church’s Sunday worship service. As of 2016, the choir reverted to internally organised practice and music development. It continues on this path with increasing confidence that it has maintained high standards of music.

The choir meets at 8:30 p.m. on Thursdays to practice the following Sunday’s hymns and any music for special occasions. With strong commitment, members themselves impel extra practices on other days when needed to polish repertoires for occasions like Easter, Harvest or Christmas.

On Sundays, after the service, a new initiative now offers basic music and voice training to a group of mainly youngsters, though it is open to all. This way, the St. Stephen’s choir hopes to keep its strong music tradition alive and well, not only now, but also when the next generation takes the lead in its running.