Architecturally, St. Stephen’s Church is designed on the cross shaped floor plan. Thrugh simple in its decorative aspect, it represents Gothic Revival architecture which was popular with many contemporary British built public buildings. In St. Stephen’s Church this style is characterized by the unusually tall lancet windows with stained glass, high vault and the arched porch. The main entrance on the west facing the cemetery, overlooks the Arabian sea and allows the sea breeze to cool the church.

Through the church was completed in 1853, it took another thirty two years for it to have its first stained glass adornment. At that time of construction, two casements on the eats wall were designed with the intension of adding stained glass later when the church would have funds for the purpose. Three high panels of Stained glass above the altar in the east and a late nineteenth century single high window in the east wall of the north transept, are clear expression of the Neo-Gothic style. The spacious windows in the north and south walls of the nave are of plain glazing set in tall thin lancets, to which modern colored glass work has been added at the top.

St. Stephen’s celebrated its centenary on 26th December 1953 with much fanfare. Until then there had been no electric lights or fans. They were installed during this time. The celebration began with social gathering in the church compound followed by the thanksgiving service conducted by Rt. Rev. Willam Q. Lash, Bishop of Bombay. The church and the porch were packed with happy Worshippers. Many friends from the neighbourhood from all communities came to share the joy of this memorable event.

THE CONGREGATION IS THE CHURCH

Christian worship transcends the mundane with soul-stirring music and singing. The choir and musical instruments become a vital part of such worship. In the worship service the devout open their hearts to God and bask in Christ’s love and grace. The church constitutes three aspects: worship, welfare, witness. The church that maintains a balance among the three aspects is the most fruitful. Most churches have only the first, some churches have the first two and only a few have all the three. 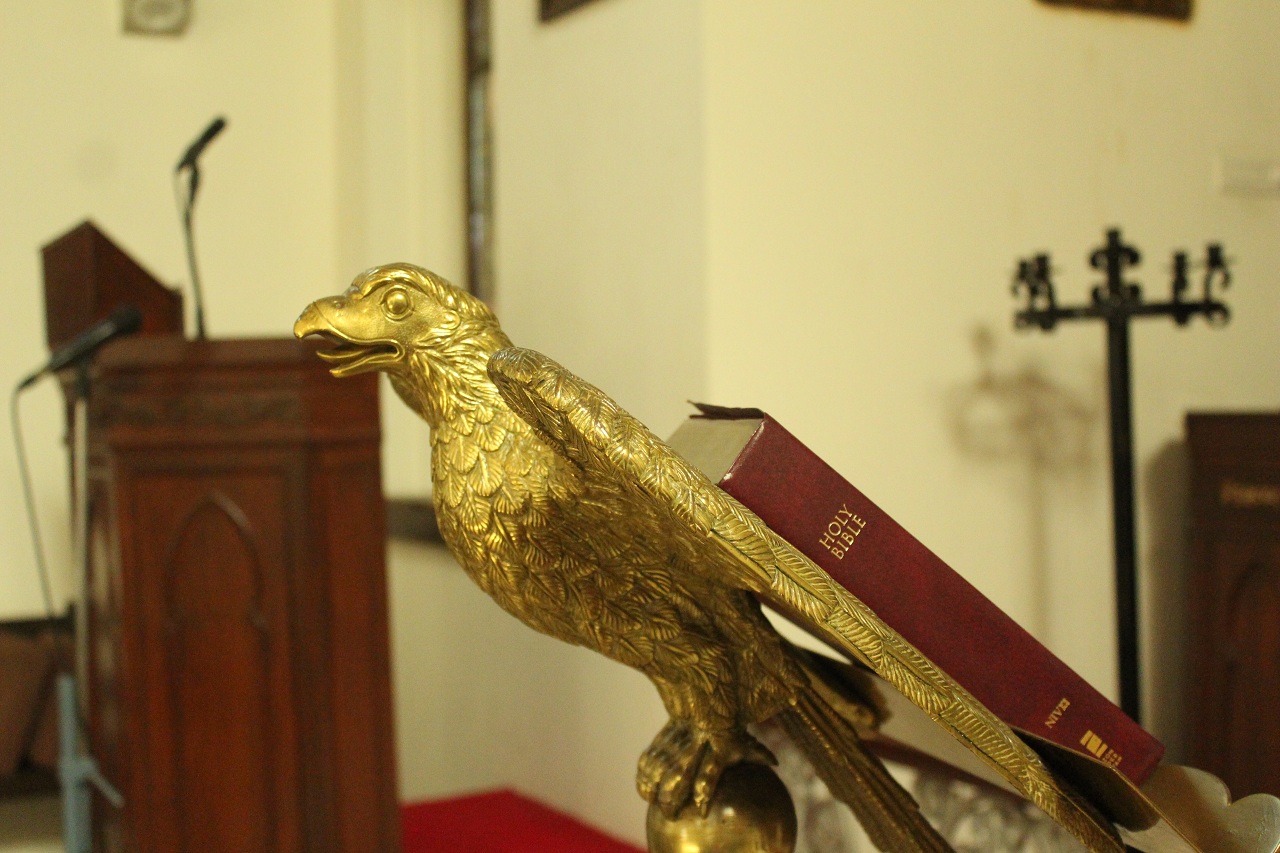 Rev. Wynne introduced three worship services on Sundays – at 7am and 8:30am , Sunday School at 8:45am., and evening service at 6pm. In November 1986, when Rev. Azariah fell ill there was no resident priest and as a result, the 6pm service was dropped for some time. During Easter Sunday in 1986, according to the Parish Newsletter, the church attendance was the largest, overflowing with nearly 500 worshippers. The trend continues even now and Easter Sunday worship is attended by large numbers varying from 350 to 450 worshippers.

One of the significant events in the History of St. Stephen’s Church was the 150th anniversary that was celebrated in 1994-95. Rev. Jeffrey Bardey took it up with great interest and infused the congregation with enthusiasm. A plan for celebration was prepared two years in advance to mark the event.

A special 150th Anniversary Committee was constituted in 1992 with Mrs. Asha Andrew as the Convenor and Mrs. Loolu S. Thomas as the Secretary. The pastorate Committee fully authorized the Anniversary Committee to arrange for the celebrations and to see that the required repairs and renovations were completed before 31th December 1995. The committee was also authorized to raise funds for the 150th anniversary projects as well as for various outreach programs of the church. In order to mark the anniversary, it was planned to organize seminars for the youth, women, Sunday School children and laymen. The actual celebrations were to last for one week beginning from 15th Feb 1994 Mr. Abraham Koshy was requested to take up the task of upgrading the Newsletter.

In the church Newsletter of February 1992, Rev. Jeffrey Bardey announced that during the three year plan from 1992 to 94 the following projects would be undertaken.

i. Facelift of the church building;
ii. Replacement of hymn books.
iii. Amenities for Sunday School.
iv. Restructuring of Day Care Centre.
The other programmes included organizing a series of seminars on the role of women in the church and publish a colorful pictorial history of the church. The latter unfortunately did not materialize.

The annual retreat was organized in March 1992 as a day of prayer and silent meditation. A request was sent to every member of St. Stephen’s to contribute an amount of Rs.1000 towards the 150th anniversary fund. Church garden landscaping was undertaken at a cost of Rs.5000 during 1993. The old motor cycle used by the priest was sold and a new one bought.

A year long progaramme to observe the 150th anniversary of the church began at 6pm. On 13th February 1994 with Bishop S.B. Joshua conducting the Holy Eucharist with Thanksgiving Service. It was followed by a formal function. The Hon’ble Shri Salim Zakaria, Minister for Education and Aukaf, Maharashtra State, was the Chief Guest, and he formally indurated the anniversary celebrations by lightning the lamp along with the members of the Pastorate Committee. Mr. George Mathai was the Master of Ceremonies at the function which was attended by a large number of invitees including dignitaries such as priests of the Diocese, former priest of St. Stephen’s Church, Dy. Municipal Commissioner Mrs. Sudha Bhave, Dr. Kolhatkar, D.C.P. Arun Patnaik and eminent persons of the local Catholic Church and members of the congregation. Mrs. Asha Andrews proposed a Vote of Thanks. The formal function was arranged in the open quadrangle on the south side of the church. A contributory dinner was arranged after the function.

In celebration of the anniversary a public music programme was held on 18th June 1994 at Rangsharda Auditorium, Bandra. The “Etienne Choir” gave a marvelous performance. The quality of this music programme was enhanced by the Navy Band that was in attendance. Entry to this special public event was through sale of tickets, which was handled by the church Youth Fellowship. A brochure was also brought out Rt. Rev S.B. Joshua, and Mrs. Joshua were the distinguished guests.

The concluding Thanksgiving Service was held on 12th February 1995. As part of the celebration a seminar was held on 11th February at the Church. Bishop Gorai spoke on “New Horisons in the Christian Ministry,” with regard to facets of Christian life and Christian family in a secular world. He also shared his memories about the formation of the church of North India. The next day, Rt. Rev. Dr. D.C. Gorai, Bishop of Calcutta and RT. Rev. Dr. Samuel Joshua, Bishop of Bombay were co-celebrants at the morning service. After the service they jointly cut the cake and met the parishioners over coffee and snacks.

The 150th anniversary programmes created such enthusiasm that it inspired the church members to get involved in church programmes. Encouraged by the response , other projects such as renovation of the church cemetery and completion of the unattended renovation work of the church, such as the repair and refitting of the stained glass along with a proper illumination system to highlight its beauty were all completed between January and July 1996 at a cost of Rs.6.49 lakhs.