Even after Bandra passed into the hands of the East Indian Co. in 1774, no Englishman stayed in Bandra. The First British Protestant Christian householder to live in Bandra was Rev.Mitchel, a Scottish missionary, who had purchased a cottage with a plot of ground attached to it, in 1831. The other Englishman who came to stay in Bandra in 1840 was Mr.Bullock, Chief Magistrate of Bandra . John Vaupell of the High Court of Bombay, lived in a house in Waroda area around this time. “He usedrive everyday into Bombay in a bullock gari, priding himself mush on the quality and speed of his oxen” This could have been possible only after 1845 as the Mahim Causeway was built that year. They wer the early English Protestant Christian settlers in Bandra. Soon after, many wealthy English business magnates made Bandra their homes.

To cater to the spiritual needs of these British Protestant Christians, the Government granted a plot of land in 1845 for the construction of a church on Bandra Hill overlooking the sea. While the small group of parishioners raised Rs.8000 for the construction of the church, John Vaupell(of the Bombay High Court)donated a substantial sum of money to enable the church building to be completed. The church that was opened for worship on 26th December 1853 on St. Stephen’s Day was christened the Church of Stephen the Martyr. We find reference to Stephen in the sixth and seventh chapters of the Acts of the Apostles. However, the fact that he was the first to obtain the marty’s crown establishes a unique place for him in the gallery of New Testament portraits. The name Stephen is the shortened form of the Greek, ‘Stephanos’. Which means a crown. In the brief record of Stephen’s life, as given in the Acts, we behold him wearing a triple crown. 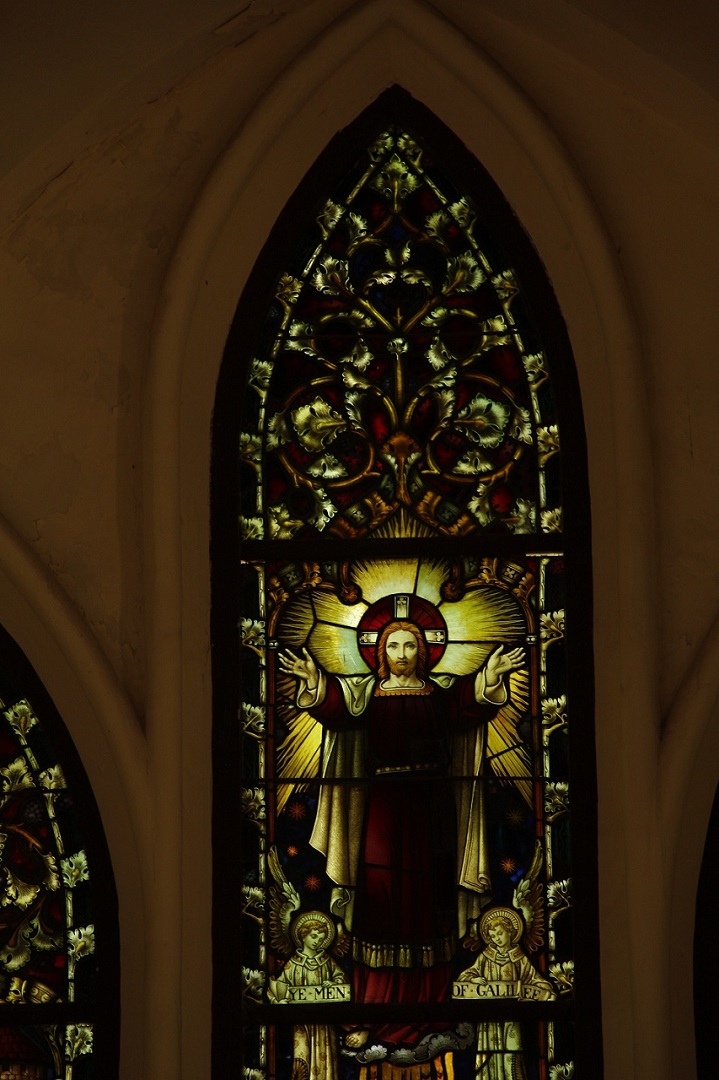 The Crown of Grace: In the winsomeness of his preaching when the crowds gathered around him, even his enemies could not withstand the wisdom and the spirit with which he spoke.

The Crown of Thorns: In the sufferings which he endured at the hands of the mob, and the unspeakable cruelty and agony of death by stoning.

The Crown of Glory: As he passed through the gates of martyrdom into the immediate presence of his Lord. If we could follow even afar off, the gracious example of Stephen, we too must drink deeply at that same fount of Eternal Love that made him more than conqueror. It was the vision of Christ that enabled him to witness this good confession. 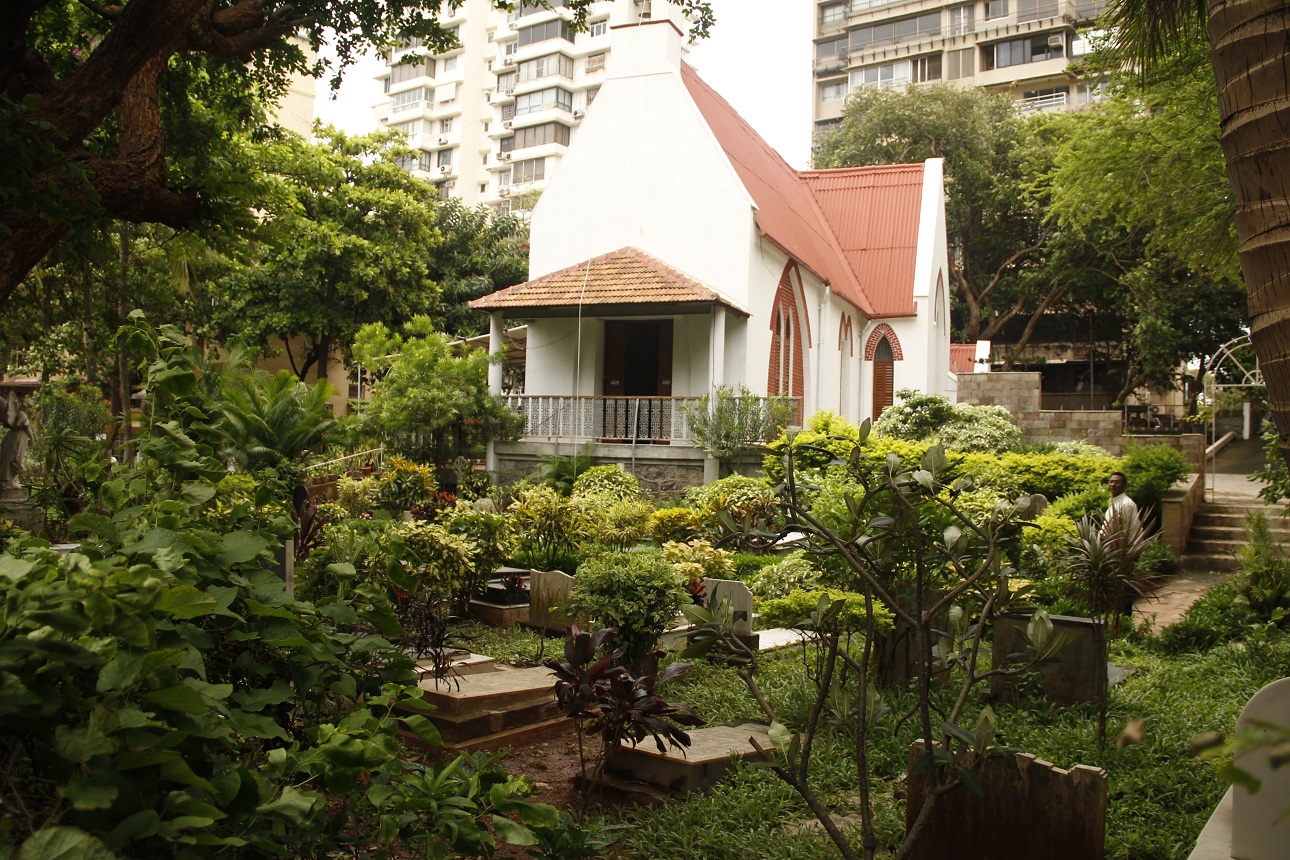 OPENING OF ST.STEPHEN’S CHURCH FOR WORSHIP At the entrance of the church a brass plaque on the right records the fact thus :”For the Worship of God the Father the Son and the Holy Ghost according to the use of the Church of England the corner stone of this Chapel to be dedicated to the Holy and indivisible Trinity by the name of St. Stephen the first Martyr in the year of our Lord MDCCCXLV (1845) by Daniel Wilson DD being Bishop of Calcutta and Metropolitan of India . The roof was put on and the church completed and fittef on for Devine Service through the Aid of Private Subscrptions in the year of our Lord MDCCCLIII(1853) the site being granted by the Government of Bombay , the largest portion of the expense of the building being borne by John Vaupell Esq”.

During the British rule of the Anglican in India became the official church of the Government of India. The expenses of the clergy and the church buildings were taken care of by the Government . For that purpose, a separate Ecclesiastical Department was created by the East India Co. to look after the Spiritual need of its employees, its defence personal and other Englishmen in India. St. Stephen’s Church fell in this category. Upto 1930 the Anglical Church in India was administered by the Church of England directly. Thereafter by an Act of British parliament, the Church of India , Burma, Celyon(Sri Lanka) was created as an independent Indian Church.

REV. GIBSON: THE FIRST CHAPLAIN The Chaplain of Thana, Rev. Gibson, took additional charges as the Chaplain of the newly opwned St. Stephen’s Church at Bandra. On 26th September 1853, he wrote to the Bishop of Bombay that since the parisioners at Bandra had raised a huge amount for the construction of the church, the government could grsnt a sum of Rs. 350 towards the fitting of the church. He further wrote :”I take this oppurtinity of informing you that there is now in hand a balance of 674 Rupees arising from a surplus of the petty fund allotted for St. James Church, Thana, which has never been spent. This sum had accumulated when I was appointed to Thana, and the balance has gradually increased month by month, as Bandora is in Thana District, I would request to be allowed to take a portion of this sum for the fitting of the new church and as I do not think more than 5 rupees monthly are required for the petty fund expenses of Thana church. I hope Government will sanction my employing the remaining 5 rupees for the payment of a servant to take charge of the church at Bandora”.This request seems to have been granted.

Two years after the opening of St.Stephen’s Church, the cost of its repairs and maintenance became too heavy for the small congregation. The Bishop of Bombay, John Harding, requested the government to bear such expenses and wrote to Lord Elphinstone, the Governor of Bombay, on 29th March 1855 saying: “I have the honour to submit to your Lordship in Council an application on behalf of the Rev.P.D.Gibson, Chaplain of the little church of St.Stephen the Martyr at Bandra. The church, which was constructed by the voluntary subscription and consecrated on the 26th December 1853 under the sanction of the Government, has proved to be of essential service, especially at certain seasons of the year to the residents of that locality.

The favour which I beg respectfully to solict from your Lordship is that there shall appear to be no objection to the respect, (that) the sacred edifice may be admitted upon the list of Public buildings to be kept in repair at the charge of the Government”. The matter was referred to the Chief Engineer PWD who said he had no objection to comply with the Lord Bishop’s application. The Government informed Bishop Harding accordingly after securing the acceptance of the Chief Engineer of the PWD, and the Collector of Thana